When I first started writing this blog a month ago one of my principal aims was to dispel some of the most common myths about prisons and prisoners. A typical – and completely misguided – opinion that often comes up on readers’ comment threads, even in The Guardian online pages, is that all prison inmates ‘claim to be innocent’. It’s simply not true. 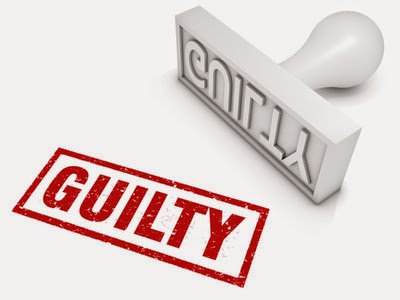 In fact, the vast majority of inmates pleaded guilty at an early stage in order to benefit from the maximum ‘discount’ on their custodial sentences (usually a one-third reduction). This is standard practice as it reduces court costs and spares victims the trauma in our adversarial system of giving evidence under cross-examination. As such, most convicted prisoners acknowledge that they are guilty as charged.

Of course, there is also a significant number who steadfastly maintain innocence, come what may. They are adamant that they have been wrongly convicted, either because crucial evidence has been withheld from the defence, or because it’s a case of mistaken identity to start with, or because they have been the victim of a malicious and false allegation, or because they have been framed by the police. Based on my own experience, I would always recommend caution before dismissing such claims out of hand, even if the Prison Service always treats convicted prisoners as guilty on the basis that it has to accept the verdict of the court.

During my time in prison I have known prisoners convicted of very serious crimes who have maintained their innocence despite incredible pressure to ‘confess’ to crimes they claim they never committed, who have then had their convictions quashed by the Court of Appeal and even won a retrial when compelling new evidence has come to light. They have walked out of the main gate as free men. In many ways the real struggle starts at that point.

As most former prisoners who have won an appeal against conviction will confirm, just walking out of a prison doesn’t turn the clock back. Not only have they lost years of their lives, but some have lost their families. Marriages and relationships have broken down under the pressure of long distance incarceration in prisons that can be hundreds of miles from home. Children have grown up hardly knowing their fathers; elderly family members, especially parents and grandparents, may have died. Nothing can ever be the same again.

One of the great ironies of being a convicted prisoner is that those who serve their sentence do receive some – albeit very limited – support on release. A good probation officer, and there are quite a few of them still around, can be a major help in resettling back into the community. There are also various charities around to help with housing, access to benefits and other practical problems that almost every ex-prisoner will face after serving a custodial sentence, even a fairly short one. 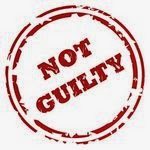 However, for people who have been acquitted at trial after serving months or even years on remand, or for prisoners whose convictions have eventually been quashed by the Court of Appeal or the Supreme Court, there is practically no support available. It’s a case of “pack your kit and clear off”, usually the same hour the court order for release hits the governor’s desk. At that moment, the ex-prisoner becomes no-one’s problem anymore. He – or she – becomes an awkward embarrassment to the system. Screws can’t look them in the eye; other cons can be either jealous or resentful.

For example, when former postman Victor Nealon was released in December 2013 after his appeal was successful and his conviction quashed – having steadfastly maintained his innocence of a rape that had led to a life sentence and nearly 17 years imprisonment – he was kicked out of the prison gate homeless and with just £46 discharge grant in his pocket. He ended up sleeping rough. Last month, the Ministry of Justice (MOJ) decided, in its infinite wisdom, that he isn’t deserving of a single penny in compensation, a decision that his legal team is contesting.

I’ve often reflected that no-one in their right mind maintains innocence in prison unless they really are a victim of a miscarriage of justice. For prisoners serving a life sentence, an Indeterminate Sentence for Public Protection (IPP) or a lengthy determinate sentence with a parole element, a refusal to acknowledge guilt can result in many, many extra years in prison and repeated knock-backs (refusals) by the Parole Board.

It can result in being refused re-categorisation to a lower security status – B-cat to C-cat, for example – or transfer to an open prison (D-cat). For some prisoners, their refusal to admit guilt can result in an effective whole life tariff – imprisonment until they die – even when that wasn’t the actual sentence of the court. Why the hell would anyone inflict that on themselves?

Funnily enough, even the National Offender Management Service (NOMS) has had to recognise that some prisoners who are maintaining innocence are actually innocent! Looking at the current text of Prison Service Order (PSO) 4700 / PSI 36/2010 – sometimes known as the Lifer Manual - it is there in black and white:

4.14.1   Managing prisoners who maintain their innocence or deny all or part of their offence. General principles

There are many reasons an offender may maintain their innocence or deny all or part of their offence, for example:

Indeed – as the case of Mr Nealon so eloquently demonstrates. And Stephen Downing (after 27 years in prison)… and Andrew Evans (after 25 years in prison)… and Stefan Kiszko (after 16 years in prison)… and solicitor Sally Clark (after over 3 years), and the Birmingham Six and the Maguire Seven and the Guildford Four and the Bridgewater Four… and the dozens of other scandalous miscarriages of justice in the recent history of the British criminal justice system.

Of course, convicted prisoners who maintain innocence are a real headache for the prison system. They are detested by Offender Management Units (OMUs) because they cause problems with sentence planning. Since many offending behaviour courses and programmes require an initial ‘analysis of offence’ as a condition of participation, most prisoners maintaining innocence are ineligible. This puts an effective block on progression, particularly for prisoners who are serving indeterminate sentences (lifers and IPPs), meaning that they are likely to serve many more years in prison, even if they are over the minimum tariff set by the judge.

Since 1 November 2013, the new Incentives and Earned Privileges (IEP) system via PSI 30/2013 has made it much harder for prisoners who are claiming to be victims of miscarriages of justice to reach or maintain the Enhanced level of privileges. I know a number of inmates who have recently been demoted to Standard level and have had much of the personal property that they have previously purchased – such as DVD players or musical instruments – confiscated. Some are now facing an uphill struggle to even stay on Standard level.

The alternative is life on the highly punitive Basic regime. This can involve effective solitary confinement for up to 23 hours day, seven days a week – in addition to no personal clothing; no rented TV; hardly any possessions; virtually no access to money to buy telephone credit or stamps; limited opportunities to exercise, to phone family or even take a shower. Enduring that sort of social, mental deprivation and draconian punishment for months – or even years – takes a grim determination to maintain your innocence, or a very strong moral character. Mental deterioration for such prisoners is a real risk.

So the next time you hear or read about a prisoner maintaining innocence, or it’s on the news that someone’s conviction has just been quashed by the Court of Appeal, take a moment to reflect on what that really means. And the high price that the person has probably already paid – and not only in lost years of his or her life – in order to maintain their integrity. Could you do the same?
Posted by PrisonUK at 15:01