Glen Parva: More 'Scum' than 'Lord of the Flies'

Use the term ‘Borstal’ today and it probably conjures up visions of either bad lads in short trousers with short hair cuts from the 1930s or the extremely violent scenes in the cult film Scum (1979) written by Roy Minton. Of course Borstals – named after the village of the same name in Kent – were actually abolished back in 1982. These days we have Young Offender Institutions (YOIs), but I'm not sure that much has changed for the better. 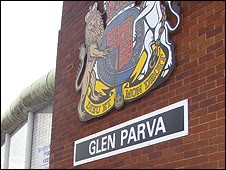 Fortunately I've never served time in a YOI, but as a peer mentor in four prisons I have dealt with many adults who have emerged from that part of the criminal 'justice' system. Most of them are deeply damaged people and a very high proportion live with various mental health conditions - some diagnosed, others not. A high percentage are themselves survivors of various forms of abuse in childhood: physical, mental and sexual.

I've also met a number of young adult prisoners who are serving long sentences, having started off in YOIs, who expressed enormous relief to have 'graduated' ("starred up" as it's sometimes called) to adult prisons as they believe - usually rightly - that they will face much less bullying, extortion ('taxing'), casual violence and victimisation. In fact, readers who have no personal experience of prison may be surprised just how much mentoring, guidance and support adult prisoners do give to youngsters who arrive on the wings of adult institutions.

This week, one of the UK’s largest YOIs, Glen Parva in Leicestershire, has been compared to the Lord of the Flies, a reference to William Golding’s famous novel about a group of boys left to their own devices after a plane crash on a remote island leaves them without adult control. Of course, the inevitable happens and the boys turn feral, bullying and even killing each other. It is supposed to be a metaphor for the eternal conflict between civilization and violent chaos.

The reason this has hit the news is that the comparison between Glen Parva and the homicidal free-for-all on Golding’s fictional island of boys has been made by prison reformers following a damning report by Nick Hardwick, HM Chief Inspector of Prisons. According to the Inspectorate, the YOI – which accommodates 650 young men aged from 18-21 – is characterised by rampant bullying and violence, as well as a high rate of incidents of self-harm. It notes that there have been three suicides at the YOI since 2013.

Inspectors also flagged up the widespread practice of ‘taxing’ weaker, more vulnerable inmates who have to pay ‘protection’ money, as well as the charging of ‘rent’ for cells. Those who refuse to pay - or can’t - face violence from stronger, dominant young cons. Not so very different from the various rackets being run by the wing 'daddies' in the film Scum.

One of the major problems facing all YOIs - Glen Parva isn't unique by any means - is the cult of violence through which the wing or unit inmate hierarchy is established and maintained. If anything, the lads I've worked with inside prisons describe the casual and unexpected violence, alongside the daily bullying, as being the worst feature of their incarceration. That is certainly one of the major contributing factors in the rising rate of suicides (information which is published) and self-harm (which often passes under the radar).

When I was at a D-cat (open prison) I gave some support as an Insider to one young lad who had just done three years at Glen Parva. He was a quiet, gentle bloke who was well educated and who you couldn’t imagine being involved in any violence. He described to me how YOI youths were forced to fight or face victimisation and exploitation on a daily basis: “If you bottled a fight, you were fair game. They’d strip you of everything: trainers, clothes, DVDs, canteen stuff – even your food. You had to fight to survive and so I did.”

There was also immense pressure to join gangs, either based on the area of the country they originally came from, or else race or religion. He showed me the scars on his head where someone had smashed a sharpened-edged empty tuna can onto his scalp because he was caught talking to a lad from another gang.

There is also an absence of positive male role models in the lives of these troubled young men and, regrettably, the negative attitudes of some - not all - prison staff mean that this need is not being met. All too often a blind eye is turned towards bullying and the big lads who actually run the wings. It makes you wonder whether any lessons have been learned from Scum, in which a vulnerable teenager takes his own life after having been raped by other inmates and ignored by brutally indifferent screws.

I find it hardly surprising that many lads emerge from YOIs with far more problems, including worse mental health and an increased tendency to use violence as a means of resolving disputes, than when they were sentenced. YOIs are in crisis and are failing to rehabilitate or reform those young people entrusted to their care. Will anything be done to address the issues raised by HM Inspectorate? I’m not holding my breath.
Posted by PrisonUK at 17:25