I'm a Writer, Not a Fighter

There is a surprising amount of creative talent inside our prison system. I’ve met many poets and painters, as well as graphic artists, dramatists and would-be novelists. Prison poetry is a particular genre all on its own and it’s hardly surprising that plenty of prisoners do write behind their cell doors. Some even manage to get their work published in Inside Time, one of the three monthly newspapers circulated free in jails, or into occasional anthologies of prison writing such as those published by New Leaf Books.

Poetry and other forms of creative writing can often provide a way of expressing personal thoughts and deeper emotions in an environment that can be pretty barren emotionally. In some cases, prisoners write poetry or fiction, or else draw pictures to send out to their loved ones, while others write solely for themselves. Cell noticeboards can be decorated with art that can impress, as well as disturb.

Creative activities can be extremely therapeutic in a prison environment, particularly for inmates who find it difficult to express themselves articulately. A few of the best visual artists I met inside the slammer were functionally illiterate, but could draw or paint extremely well. It can also be an excellent way of passing the time – a commodity that many prisoners have in abundance – as well as helping people to manage depression and other mental health conditions. 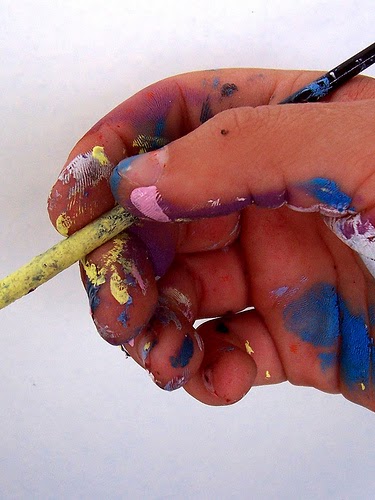 Sadly, various restrictive rules have been imposed over the years that can make it very difficult for some prisoners to purchase art supplies beyond the cheap coloured pencils or pens that can usually be bought from the list of items on a typical canteen sheet. While some restrictions – for example on access to certain types of glues or varnishes – can be justified on security or safety grounds, many other bans are more difficult to comprehend.

I have known cases of very talented artists, including a few who have won Koestler Awards, being denied access to essential items such as small canvases for painting. This is all the more incomprehensible when any personal art supplies are purchased by prisoners using their own money. In recent years even organised art classes in education departments have been abolished in some prisons on financial grounds.

Writing usually presents less of a challenge than artwork as the essential requirements, pens and A4 paper, can be bought from prison canteens. It can be more difficult to find a suitable surface to write on in tiny cells that now accommodate two or three men. Of course, when you have been used to using computers for years, returning to the old method of writing everything out by hand can also be pretty daunting for some people.

In addition to keeping a daily diary during my time in prison, like many other cons, I tried my hand at creative writing. It wasn’t the first time that I’d written short stories – a couple had even been published some years ago – but the desire to fill my time inspired me to work on a collection of shorter fiction, including this reflection on the sameness of everyday life inside.


One Morning in the Life of John Dennison

He awoke, as usual, at 05.30 when the cell light was switched on for the morning count. The flap in the door was opened and shut before the dim light was extinguished again.

His pad-mate rolled over on the bed across the cell, then grunted and buried his face in the blanket. He was soon snoring softly again, like a cat’s purr.

John lay awake in the early dawn. The cell was quiet: just the sound of his cellmate’s breathing and the faint rattle of air in the heating pipes under the window. He stared up at the ceiling above his head. Every morning began in the same way.

He knew that neither he nor his pad-mate would get out of bed until at least 07.00. This hour and a half was his time for thinking, for reflection – and for regret. A period of recollection, for memories and for fears about the future.

John had drawn a ‘tenner’ on a Section 18 GBH. “With intent”. He’d thought a lot about those words as he sought ways to get through his sentence, or to ‘kill his bird’ as some cons called it.

He had had the intent and he knew it. He’d made his own bed and, now, he was – quite literally – lying in it.

He rolled over and faced the wall next to his bunk. He’d stared at this spot every morning and evening for the past year. Before that, it had been a similar spot of wall in an identical cell in another nick.

Pad-mates came and went, but the small patch of wall remained the same. It was his blank canvas on which he sketched images of his past and, less frequently, his future. Some of these memories weren’t pleasant.

He saw himself as a young man; more of a boy really. Full of energy, his whole life before him. Then it had been exciting, like travelling through unmapped territory.

Back then he hadn’t had plans or goals, just the knowledge that life with all its rich possibilities lay before him. Now, as he lay in his cell, he knew that he had betrayed himself – the young man he had once been.

John rolled onto his back, hands clasped on the hard prison pillow under his head. He stared again at the ceiling. It was as blank and featureless as his current existence. Across the cell, his pad-mate snuffled in his sleep, gave a single deep snore and resumed his usual rhythmic breathing in the early morning half-light.

At least he could look up at the ceiling. In this cell they enjoyed the luxury of two single beds. In his previous prisons they only had bunks and you could never achieve a deep sleep. Each man was aware of every movement of the other. Here you could roll over without waking your cellmate. That, he reflected, was positive progress of a kind.

In prison every small comfort was appreciated, its loss anticipated or feared, then resented deeply. That’s why any disruption to the routine or change in living conditions could lead to tensions or, on occasion, violent outbursts of anger. It was a survival mechanism – a fight to keep what little each man had.

John glanced at his watch. It was 06.30. He still had half an hour before he would get out of bed. He and his pad-mate were agreed on not getting up before 07.00 on weekdays or 08.00 on weekends. This meant that they would have 45 minutes in which to wash at the small sink, shave, boil the kettle, make a brew and eat their cereal. It was enough.

No-one wanted a cellmate who got up too early or who watched TV all night. Sleep was the best bird-killer. Each night meant another day gone. One less day to serve, another box ticked, a part-payment on a debt owed. Whichever way you looked at it a sort of progress was slowly being made.

Someone had once remarked that sharing a cell with another man was like being trapped in a larger than average toilet with a total stranger. Not for an hour or two, but for months on end. Getting a good pad-mate was an undoubted bonus, but there was always the knowledge – and the anxiety – that good shares never lasted. One or the other would eventually be moved on, shipped out or released.

John reflected on just how little he really knew any of his pad-mates – even those he’d shared with for many months. They weren’t real mates, just casual acquaintances you happened to be thrown together with in abnormal circumstances.

So far during his stretch he’d shared with a few decent lads, a handful of weirdoes and a couple of nutters, as well as with some whose names and faces he could barely recall. Strange how you could live in such close proximity to someone without ever getting to know them, let along start to understand them. He guessed that this was just another facet of the prison experience.

His pad-mate rolled over again and the purring snore became slightly louder. It would soon be time to get up, to leave the warmth of his hard bed and then go through a series of mechanical activities on autopilot without really thinking.

Another day. More mindless movements, more queuing, more hours of bang-up, more repeats on daytime TV. It wasn’t worth keeping a diary. Describing just one day would be enough. Then each subsequent entry would read: ‘The same as yesterday’. That was now his life and how it would be for years to come.

“With intent”. Yes, he had acted with intent. But this wasn’t what he had intended, what he had hoped for when he was younger. Sometimes, although not often now, he thought about the man he had beaten so severely and why he had felt that all-consuming desire to hurt – even to kill. He wondered whether this man, whom he’d not seen since his trial, ever thought of him. Wondered what was happening in prison to someone he known since childhood; a man that he’d once called his best friend.

It was morning. He could hear the rising sounds of movement. Somewhere, on another landing below, he heard the faint jangling of keys. A heavy gate was swung shut with a dull, metallic clang that echoed across the empty spaces. It was just another morning in the life of John Dennison.


(With apologies to Aleksandr Solzhenitsyn whose One Day in the Life of Ivan Denisovich remains such an inspiration to prison writers. Ivan Denisovich can be translated into English as ‘John Dennison’)
Posted by PrisonUK at 14:56