A Prison Landing fit for Heroes?

Every prison wing I’ve lived on while serving my sentence has had a small group of ex-armed service personnel – almost all Army, although I’ve also met a couple of ex-Navy lads and a few from the RAF. In recent years there has been a lot of debate over the issue of veterans in the criminal justice system, particularly whether any aspects of their service in the forces has contributed to the criminal offences they’ve been convicted of committing.

Officially, the Ministry of Justice (MOJ) and the Ministry of Defence (MOD) estimate the proportion of veterans in custody to be around 3.5 percent – which would equate to just under 3,000 of the current prison population of 85,000. However, that statistic is often questioned because there's often no screening in place during the reception process to identify ex-service personnel. In my experience, many prisons do ask new arrivals about any armed service (regular or reserve), but some don’t.

Back in 2009 the Howard League for Penal Reform launched its inquiry into Former Armed Service Personnel in Prison. The report was published in 2011 and can be found here. The inquiry findings broadly concurred with the MOJ/MOD figures – about 3.5 percent of the prison population are ex-armed forces. Within those statistics, 77 percent are ex-Army, 15 percent ex-Navy and 8 percent ex-RAF. Moreover, around half of the total are aged over 45 when they come into custody.

The Howard League investigation also revealed various other informative statistics. Around 33 percent of former service personnel are in custody for crimes of violence against the person (murder, manslaughter, GBH, ABH), while 25 percent have been jailed for sexual offences. Also, those suffering from mental health problems had been mainly diagnosed as living with post traumatic stress disorder (PTSD) linked to their service in the armed forces. Moreover, many veterans also had problems with alcohol abuse and illegal drugs.

Personally, I think that the numbers – which are estimates – are just too low. Some unofficial estimates put the figure as being closer to 16 percent (currently around 14,000 inmates) if all veterans, including reservists are included. As I note above, some prison reception screws just don’t ask new arrivals about any past military service, so there is simply no reliable data available.

Even if the question is put, some lads just don’t want to admit to having served in the forces. Why? I think that there are various reasons, but a sense of shame comes pretty high up the list. Some prisoners feel that they have shamed themselves, their families – and their former comrades/units. Also, a fair proportion of prison officers are also ex-forces and there is a widespread reluctance to reveal too much about your background to screws.

Other lads don’t talk about their forces' experience because they don’t want to get a reputation on the wings for being a ‘hard man’ – this can bring its own problems. On the other hand prison is full of ‘Walter Mitty’ type fantasists who have all been in the SAS (in their dreams). I’d say that the proportion is similar to the number of wing ‘millionaires’ who all have yachts and villas in the south of France!

I did find that those of us with genuine ex-services background did tend to stick together. In my first nick the reception screws did ask about armed service and I duly gave my details and service number, not knowing any better. I’m not naturally disposed to tell lies, so answering ‘no’ to the question about military experience wouldn’t even have occurred to me back then. My honesty was rewarded in typical prison fashion: I promptly ended up spending a week down the Block (segregation unit) while I was ‘assessed’ to see if I might be dangerous to other inmates.

However, once I was moved onto a normal wing location I was greeted by several ex-Army lads who were expecting me. They were the wing reps for Veterans in Custody (VICS) and had been tipped off about my arrival by the reception screw.

To be honest, I couldn’t have asked for a better, more loyal group of mates. They quickly helped me sort out any problems over prison kit, made sure that the original plan of putting me in a cell with a heavy smoker (I’ve never smoked) was prevented after a gentle word in the ear of the duty officer and even subbed me some instant coffee since I’d missed the weekly canteen order because I’d been banged up down in the Block.

Two of these lads were padded up (sharing) together in the same cell and they made me very welcome. Their pad (cell) became known as ‘the corporals’ mess’ and we regularly got together during association periods to chat: “pull up a sandbag, swing the lamp and tell us a war story” was the standing joke between us. I’d be lying if I said that their friendship and support hadn’t played a major role in getting me settled down in the long littleness of daily life inside prison.

In many ways, being in the slammer was a bit like being confined to barracks in the Army, but without much in the way of duties. All we were missing was the uniform (this nick allowed us all to wear our private clothing on the mains wings even during the induction period – something Mr Grayling has now banned). I also found that, generally speaking, ex-forces blokes settled into the routine more easily than civilian prisoners and they accepted much of the discipline – no matter how petty or vindictive – without complaint.

Ex-Army lads tended to know how to look after themselves, as well as others – particularly weaker, more vulnerable prisoners. Most disliked bullying and some tried to provide positive male role models for other, younger lads. They also made efforts to keep their own self-respect and some even ironed creases in their clothing, so they appeared well turned out. Old habits die hard, even inside the nick. 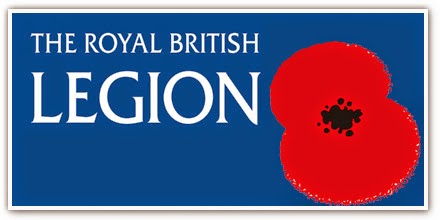 I did find that some screws who were also veterans were more supportive of cons that they knew had served in the forces. I had one 'offender supervisor' (prison probation officer) who was also ex-Army and he fought my corner over my application for re-catergorisation to D-cat (open prison), even though I'd been knocked back (rejected) twice. As the governor remarked at my final hearing, without this officer's support, I would never had got approved for transfer to an open prison. Would he have fought so hard had we not had this background in common? I don't know, but I suspect not.

We also received some extra support from the outside. A local welfare officer who represented the Royal British Legion and the Soldiers', Sailors' and Airmen's Families Association (SSAFA) came into the prison monthly to visit each of us individually. I really didn’t have any specific needs, but it was nice to receive a welfare visit on the actual wing (rather than having to go down to the visits hall and get stripped searched twice: once before a visit, the other after).

Our local welfare officer was a former major and he just sat with each of us in turn and chatted about general issues. The real work he did was on behalf of those ex-servicemen who had serious mental health issues or physical disabilities, as well as helping any veterans coming up for release with their plans for resettlement, including housing and employment. For some lads, this was literally a lifeline, as many were facing homelessness on discharge.

My next prison – another B-cat – was entirely different. Shortly after arrival I realised that we had about a dozen ex-forces lads on the wing, but no evidence of any support or organisation. I did notice a large notice board down on the 1s (ground floor) advertising Veterans in Custody, but although I put in regular applications to see the VICs officer (a gym screw), I never even received the courtesy of a response. I even asked the wing manager if I could be the VICS rep on the wing, but never got any answer.

I realised at that point the wing notice board advertising VICS support was basically a fraud… it was for the benefit of visitors, particularly prison inspectors, but there was nothing behind it. A typical prison con of a kind I was to become very familiar with over the years. This particular establishment was accepting resources from the MOD in order to provide services for veterans and then doing the square root of precisely bugger all for those it was intended to assist. My advice to any prison inspectors reading this post, is believe nothing without speaking to the cons first. They will set you straight about what really goes on inside.
Posted by PrisonUK at 13:56