The Kindness of Strangers

In the popular imagination prisons are dark places full of violence and hatred. Of course, like any other human institution - schools, the armed services, sports clubs, workplaces, office environments - there can be unkindness, spitefulness and bullying. However, when it comes to actual violence, there's a great deal less than most outsiders might imagine. I think I've probably seen more potentially dodgy situations at London taxi-ranks in the early hours when young men have had a skinful, than I have in prisons.

Of course, that doesn't mean violent incidents don't occur... they do, but to a much lesser extent than is usually supposed. In my experience, there is more damage done to prison property than other prisoners. At one B-cat I well remember a young inmate on the 3s (third floor landing) who had what could be described as serious "anger management issues". Whenever someone or something set him off he would literally rush back to his single cell and slam the door behind him. Then we'd all hear the familiar sound of him smashing up anything that was locked in with him. Locker, table, chair, bedding, his own portable stereo, the rented TV set, china mug... within minutes it would all be reduced to wreckage.

The wing screws occasionally checked through the flap in the door that he wasn't injuring himself too much, but usually kept well clear until the storm had subsided. Then one would venture up to the door and ask him if he had calmed down yet. When he said that he had, the door would be opened and he'd be given a broom and a bin bag and told to sort his cell out. Once this had been done, a list of the damaged furniture would be made and, if there was anything beyond repair, he'd be put on a charge for damaging HMPS property. If he'd smashed up the cheap, ageing TV set, then he'd probably have to wait a few days before a replacement would be issued. And that was about it. 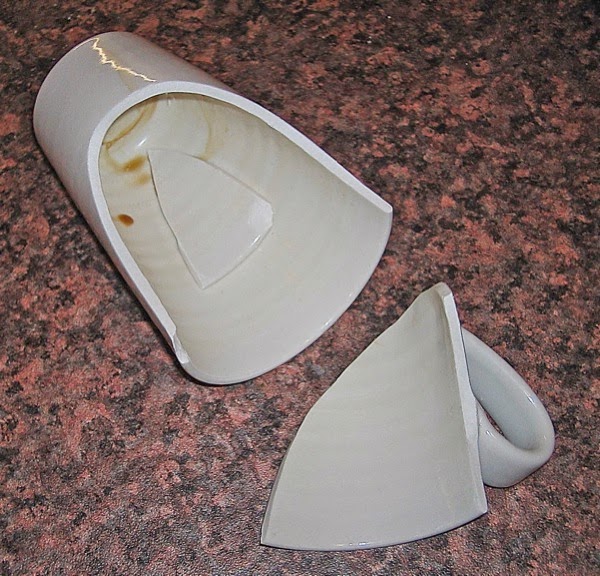 Another con once decided to demolish his pad (cell) after bang-up one weekend evening. He neatly reduced practically everything except the actual metal bed-frame to matchwood and then posted it out of his window. (This was a prison that still had proper opening windows, rather than the newer-style sealed units with side vents). In the morning, the duty patrol found a sizeable pile of wreckage under his window. He was 'nicked', but there wasn't a big drama. He had calmed down and no-one had been injured.

Perhaps it is amazing that there isn't more serious violence in prisons, particularly when two or even three inmates are crammed into a cell that was originally designed for one occupant. Imagine the tensions over simple things like what programme to watch on TV, or if one prisoner snores so loudly that his pad-mates can't get a wink of sleep. Yet, by and large, these problems do get tolerated or else solutions are negotiated.

One of my friends inside once aptly described cell-sharing as "a loveless forced marriage between two total strangers who have to live together in a toilet". In its way, I think this is pretty accurate. Two or three people who have often never met before can be locked in a small concrete box for anything between 16 and 23 hours per day, seven days a week. They eat together, sleep together (not usually literally), wash, shave and use the toilet in front of each other; it's definitely as intimate - if not more so - than life for many married couples.

And yet, people who find themselves in such extreme situations, whether innocent or guilty, sometimes show that they are capable of great acts of kindness and generosity. Humans, as a rule, are pretty social animals. They are programmed to live in groups - couples, families, tribes, nations - and prison is in many respects an ideal environment in which to test the validity of certain social theories.

During my time in prison I also realised that people who had committed terrible crimes, including murder, were usually very unremarkable. I've met some fairly infamous prisoners (including a few known in the media by their nicknames) and yet in person they seem as ordinary as anyone else. Some of them were a bit odd or eccentric; others pretty quiet and boring. None had horns or forked tongues. Among them, I also found human beings capable of kindness and good humour. To be honest, I probably laughed more during my time in prison than I had for years prior to being sent down.

I worked for months alongside a notorious multiple murderer who regularly had me and our co-workers in stitches with his banter and jokes. As a lifer he has already served nearly 30 years and I have my doubts that he will ever be released on parole, even though he isn't serving a "whole life" tariff. At a personal level, I always found him to be generous and a pleasant bloke with whom to have a coffee or watch TV. That isn't to detract from the appalling crimes he has admitted he committed when he was barely out of his teens, but even in a prison environment people do grow up, mature and can change for the better. I think that much of that can be attributed to the positive influence of people around them... more often than not other prisoners.
Posted by PrisonUK at 14:28