The Impact of Prison on Mental Heath

It is true that all prisoners receive an initial healthcare assessment on arrival at a prison. However, many of these interviews are very elementary, along the lines of: "How are you feeling?" and "Do you have any thoughts of self-harm?" Boxes are ticked and most healthcare interviews are over in minutes.

Based on my recent first-hand experience there are several factors driving the current suicide and self-harm rate upwards. One is longer sentences, including the now infamous and discontinued Indeterminate Sentence for Public Protection (IPP). Around 3,500 'legacy' prisoners on the IPP are over the minimum tariff set by the judges and many have no realistic prospect of release. Having lost hope, some opt for self-harm or suicide.

Another key driver is the new Incentives and Earned Privileges (IEP) system introduced on 1 November 2013. In effect, this makes it much more difficult for prisoners maintaining innocence to progress in their sentences. Those without an active appeal (or whose final appeal has been dismissed) now face being severely punished for refusing to make a false confession of guilt in order to participate in offending behaviour programmes. 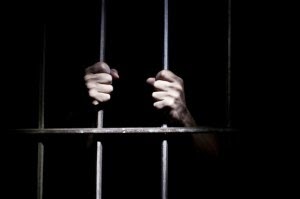 In the worst case scenario, people who maintain they have been wrongly convicted face being placed on Basic regime - solitary confinement with no rented TV, virtually no personal property and little chance of keeping in contact with family or friends. Such solitary confinement for up to 23 hours per day, seven days a week has an acknowledged impact on mental health. I believe that a much wider use of the Basic regime is also fuelling the rising suicide figures, which have more than doubled in 2013-2014 when compared to the same period for the previous year.

In general, owing to staff shortages and budget cuts, prisoners are spending more time locked "behind their doors" in cells (often sharing a cell space designed for one inmate, which can also increase tensions), rather than doing work or education. All of the above can have a negative impact on prisoners' mental health, particularly those who already suffer from severe mental illness, much of which goes unrecognised and/or untreated.
Posted by PrisonUK at 10:27