Mental health care in prisons is clearly in crisis and, in my view, there are many people in prison because community mental health services have failed them previously in one way or another. Personally, I think that people who are living with serious mental health problems should not be held in a punitive custodial environment, particularly when little or no therapeutic treatment or support is available.

On the other hand, as someone who has shared cells with three prisoners who all had different serious mental health needs, it can place an intolerable strain on the person with whom they are sharing a tiny space. Unfortunately this can lead to violence - potentially from both sides - as frustrations boil over. However, on balance, I would definitely conclude that prisoners with mental health problems are much more likely to harm themselves, rather than other inmates. 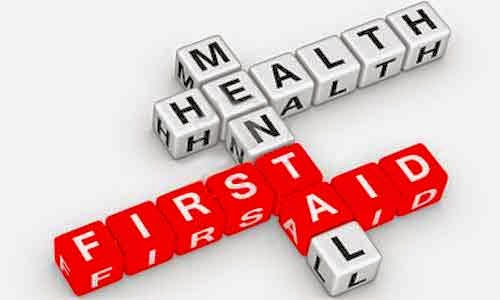 A University of Manchester study, commissioned by the National Offender Management Service (NOMS), of suicides in custody during the period 2008-2010 reveals that of the 180 suicides in prison during that period, 46 percent were people who had diagnosed mental health conditions. Furthermore, 19 percent were on the ACCT (Assessment, Care in Custody and Teamwork) system at the time of their deaths, while a further 31 percent had previously been on ACCT at some point prior to their suicide.

Putting a prisoner on the ACCT book also means commitment of scarce staff resources. In the most serious cases, three staff on 8-hour shifts each need to be stationed outside the 'safer custody' cells (cells with barred gates, rather than steel doors, for those lucky enough not to be familiar with prison jargon). Most wing governors would rather have their teeth pulled without anaesthetic than put a con on the ACCT book these days.

Even when a prisoner is on the ACCT system, the level of care varies enormously. For example, at HMP Lincoln in 2012 the safer custody officer was such a numpty that he thought it was a great joke to look into a cell where prisoners were on the ACCT and say: "Well I see no-one's hanged themselves yet! Try not to do it on my shift... too much paperwork!" That was the extent of the ACCT. Hardly surprising the suicide and self-harm rate was so high at that particularly establishment.

Another key factor is that many prisoners have undiagnosed conditions and it can be an uphill struggle to get an appointment with mental health. I well remember supporting a middle-aged prisoner who was severely depressed and repeatedly discussed suicide. In order to request an appointment to see the mental health team, a prisoner was required to fill in an application form. However, this person was functionally illiterate. I filled in the form on his behalf and when, several weeks later, he received a reply from healthcare he brought it to me to read it to him. It simply said: "You do not meet the criteria for a mental health evaluation". Within days he had attempted to cut his wrists with a prison razor blade. Fortunately his injuries weren't serious and he was then referred to the mental health team by wing staff, but it took a crisis to get an appointment.

At another C-cat establishment a prisoner with severe mental health problems, who self-harmed regularly, was told by the senior "safer custody" officer that he was "pathetic and disgusting". This approach contravened Prison Service policy on self-harm, but no-one really cared. This vulnerable prisoner was regularly punished because his actions were causing extra work for staff.

There is also a tendency for prison staff to use other prisoners as 'minders' for fellow inmates who have mental health conditions (or physical disabilities, for that matters). Most prisoners are untrained for such roles, but are sometimes not in a position to refuse to undertake this kind of work for fear of receiving negative comments in their records from wing staff. This reflects the shortage of resources across the prison estate, but is not an appropriate way of addressing the crisis.

In fact, I'm sure that in most prisons a majority of prisoners who are either held in the Segregation units or kept on Basic regime (effectively solitary confinement with no privileges) have some form of mental health conditions. They are often people who, at least partly as a consequence of their illnesses, find it difficult to conform to prison rules or cope with the pressures of life inside. They are also prone to self-harm.

As prison budgets are further reduced and record numbers of people are being sent to prison, it seems very likely that this situation will deteriorate. In fact, the rising number of suicides in custody already being recorded by the Prisons and Probation Ombudsman indicates that the prison system is becoming even less able to manage prisoners with mental health problems.
Posted by PrisonUK at 10:23