The recent 'crackdown' against absconders from D-cats (open prisons) promised by Chris Grayling raises a number of complex issues that won't be resolved by a few tough sound-bites designed to have Daily Mail readers cheering over their morning tea. There is also widespread confusion between absconding (it's not technically possible to escape from an open prison, since there are no bars or locked doors) and failure to return from Release on Temporary Licence (ROTL).

Many of the recent cases flagged up in the media were ROTL failures, rather than absconds. These prisoners had been risk assessed and approved for temporary release. Then they failed to report back to the prison when they should have done so. 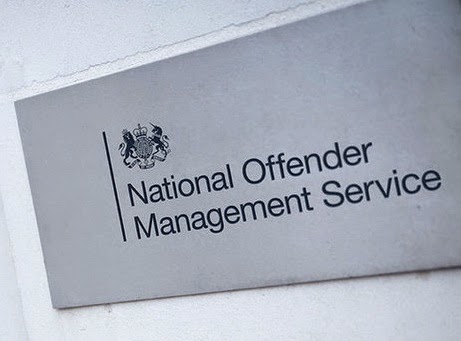 I must admit to being very sceptical about the politics behind the current furore. Last year I participated in a NOMS fact-finding mission about prisoners' attitudes to ROTL and it was clear that even before the recent spate of incidents, major changes were being planned by the Ministry of Justice, so I suspect that the publicising of both ROTL failures and absconds is being done to justify introducing tighter rules on eligibility for temporary licences that were in the pipeline anyway.

Until recently, ROTL was technically available for prisoners in B, C and D-cats, although in practice only lifers who were in C-cats awaiting transfer to D-cats tended to be granted unaccompanied ROTL and that had become a rarity. Medical appointments outside of closed prisons and attendance at funerals are almost always accompanied by prison staff.

The reasons prisoners abscond from open prisons, or fail to return from ROTL, are many and varied: bullying, debts to other prisoners, a relationship breaking up, a death in the family, mental illness, depression... every case is different. However, the consequences vary enormously.

For a prisoner serving life or an indeterminate sentence (IPP) a move to an open prison is pretty much essential if there is to be any chance of eventual release on 'life licence' (meaning you can be recalled to prison immediately and without any notice, at any time for almost any reason for the rest of your life). The period served in an open prison is designed to 'test' the prisoner in a less rigid environment. However, every incident is liable to be monitored by staff and psychology. Any wrong move, misjudged comment or minor mistake can result in a move back to closed conditions and, typically, 2-3 years of extra jail time or more, although this can be much longer if any criminal offence has been committed.

Unfortunately there also remains a fundamental disconnect over the actual purpose of open prisons. Are they effectively a 'reward' for white collar prisoners serving short sentences, the vast majority of whom really do not require testing in open conditions or phased resettlement back into the community, or should they be focusing on the resettlement and management of lifers, IPPs and those prisoners who are coming to the end of lengthy determinate sentences? My own view is the latter, purely from the perspective of improving public protection and reducing re-offending.


However, open prisons do accommodate a very high number of short-termers, typically people who have only a few months left of their sentence to serve. They have very little to lose... if they abscond it is likely to add only a matter of weeks to their term. For this reason, tensions between the lifers/IPPs and short-termers are always evident.

Many lifers/IPPs hold the view that short-termers should not be in open prisons at all - their presence is unwelcome precisely because they have so little to lose by behaving badly or running away. A handful of troublesome short-termers can cause chaos in any open prison. Lifers have repeatedly told me that their time in the open estate is far more stressful and frightening than the years they have already spent in any high security prison.

Perhaps the time has come to review the whole concept of an open prison. Sending non-violent offenders serving short sentences - particularly ex-politicans, lawyers, accountants, fraudsters etc - to a D-cat simply because they are on short sentences is a very questionable use of limited D-cat places.

Better to invest in open prisons that really focus on intensive resettlement work with prisoners who have already served long sentences - sometimes 20 or 30 years - and prepare them properly for structured release back into the community. In my opinion that would offer a far better public protection service than using open prisons to warehouse people convicted of driving offences or minor fraud for a few weeks or months.

Perhaps even more controversially, I would also restrict ROTL to prisoners with genuine resettlement needs, rather than using it to 'reward' well-behaved prisoners serving short sentences with a day out in the local town. At present, this is very wasteful of scarce resources, particularly as the amount of paperwork (mainly risk assessments and psychological reviews) that ROTL now generates is out of all proportion to the benefits such temporary licences offer to prisoners who are serving short sentences.
Posted by PrisonUK at 01:16