There has recently been a spate of negative stories in the media about the UK's open prison estate, particularly focusing on absconds from these D-cat establishments. One of the main problems is that general knowledge about open prisons seems to be very limited and all sorts of bizarre tales start circulating. I recently served over ten months at an open prison, so do have some first hand experience which I'm happy to share (a version of this also appeared in the Guardian online recently - contributed by me, so it's my own work, not plagiarised!)

D-cats (as open prisons are officially known) typically accommodate prisoners serving two types of sentence: non-violent offenders with short terms to serve (usually a matter of months or even weeks) and those who have committed more serious offences (including murder, robbery etc) who have already served years in closed prisons and are either coming up for release on a fixed date or who need to convince the Parole Board that their risk can be managed in the community before they can be released on licence. 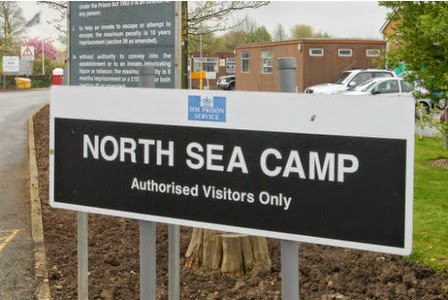 During my time in the open prison there must have been close to 700 inmates through the gate and a pretty constant establishment figure of 410 in residence at any one time, around half of whom were lifers or serving indeterminate sentences. In those ten months, we had precisely two failures to return from Release on Temporary Licence (ROTL) and these individuals were apprehended shortly afterwards. Only one prisoner actually absconded (since there are no walls, fences or bars, you can't actually 'escape' from an open prison) and he was caught almost immediately at the local railway station. Not a bad record.

At present, all prisoners arriving at open prisons are subject to a three-month assessment period - known as a 'lie down' - when they are not permitted to leave the premises (other than for medical treatment under staff escort). Most lifers and indeterminate sentenced prisoners (IPPs) will have a minimum assessment period of six months, although in some cases it will be significantly longer, depending when the next parole hearing will take place.

For almost all lifers and IPPs open prison is a major shock to the system and actually quite stressful. After years of having had no big decisions to make while held in closed prisons, suddenly they have to organise their own lives, prove they can be trusted, work with little or no supervision and behave responsibly as members of a community. The vast majority do succeed and are eventually granted parole. Paroled murderers actually have the lowest reoffending rate of all offenders.

Many people are also unaware that a significant number of prisoners at open establishments make a valuable contribution to the local communities around the prison, often working free of charge for charities, hospitals, care homes or local council projects while on day release. A smaller number succeed in finding local paid employment, although after having paid tax and NI a further 40 percent is levied as a victim surcharge on any earnings over £20 per week. 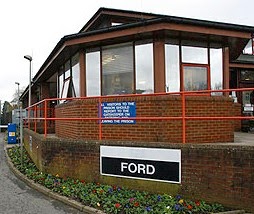 Based on my own experience, open prisons do valuable work, particularly with the slow process of preparing prisoners who have served decades inside for eventual release on parole. Occasional failures or absconds should not be permitted to distract from the fact that the overwhelming majority of prisoners accommodated in D-cats are successfully released back into the community, and, based on official figures, the re-offending rate is actually lower than for prisoners released back into society from closed conditions.