It may seem baffling to those who have never been banged up in prison, but for some former inmates life on the outside after release can sometimes become overwhelming. I've just been reading many of the personal stories posted by ex-prisoners on the excellent Comment with Convictions Blog. Some of the categories of comments make grim, but informative reading for anyone who is concerned about rehabilitation and resettlement after prison: Fear of Leaving Prison, for example, or Ex-offenders Feel Hopeless.

In the latter section, one very articulate writer with an interest in journalism has posted a revealing piece entitled When I was Released I felt Lost. He writes about how he was glad to be free, but at the same time felt "crushed" by the weight of family problems, bills and so on. He then goes on to observe: "The sense of camaraderie I found in prison was a powerful force that energised me and inspired me to seek the change that most men who’ve been in prison want." That for me is an incredibly honest and poignant statement. I fully understand where he is coming from.

People who have never served a sentence in custody might find it difficult to understand the "sense of camaraderie" the author writes about in his contribution. However, it is there in prison. Based on my own experience I can confirm that some prisoners do have an enormous capacity to offer human support and empathy. We have a shared, common experience of what the loss of personal freedom really means and I have witnessed acts of amazing generosity from men who have very little of their own to give. Often, that generosity simply takes the form of offering time to listen to the problems of other people, whether those are to do with relationships, coping with a childhood full of abuse and cruelty, coming to terms with the deaths of loved ones from a distance... All of life's riches - and sorrows - are there.

In the section entitled Life after Prison another ex-prisoner on licence has written a painfully honest appraisal of his experiences after release with the stark title I want to Go Back to Prison. In his post, he details how he has asked his probation officer to breach him because of the life he has been living since his release... without a home, a job, money. Sleeping at a mate's house he chronicles the sheer desperation of a life being lived without hope or prospects or a future. 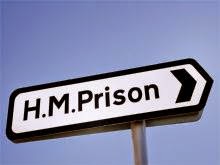 As he observes: "No employer’s going to choose me over someone who’s got a proven track record, no criminal record, more experience, more qualifications and is less likely to cause them problems." Against this background, it's perhaps understandable why prison, with its day-to-day routines, certainties and - yes - security, appears to offer a brighter prospect than continuing the struggle to survive in a community that offers so few opportunities for ex-prisoners who want to go straight.

Even though I've never been in his situation, I can understand his point of view. When I speak to other former inmates who have been through prison with me and who have now been released back into the community, most of them share the blogger's pessimism about their prospects, both short- and long-term.

Of course, your average Daily Mail reader will no doubt take smug satisfaction from the ongoing punishment that lasts long after discharge, but for me it reveals the failure of both the prison system to rehabilitate ex-offenders and to prepare them for reintegration back into the community, as well as the Probation Service for its inability to offer meaningful support to those it is supposed to be supervising whilst they are on licence. Is it any wonder that re-offending rates aren't being reduced?
Posted by PrisonUK at 14:37